Say you’ve been together for more than a decade; you’ve been meaning to get married, but then the kids came along..and life got busy..and…and…well, you know. Now you’ve decided to catch your breath and make everything legal. Run away  to Vancouver Island and tie the knot.

Howver, B&D aren’t exactly “chocolates on your pillow/elopement package” folk.  They weren’t sure how they wanted to get married, but they wanted it to be as much of an adventure as their life together has been.  They said “wilderness and a waterfall.” The rest they left to us.

When a couple gifts their pros like that, you can bet that we take extraordinary effort. Especially that Chelsea Dawn…who was as ruthless  as a bloodhound in her search for the perfect spot (and Chelsea, as a dog person, I hope you know this is offered as the ultimate compliment..:)

Right up to the end, the couple had no idea where they were going. No blindfolds or anything like that, just a “follow me” and some texting got us all into place at the right time.

And oh, the ceremony. We made it a surprise, too. Although I asked them some questions in advance, so they got to hear some pretty awesome stuff about one another. I sent them off at the start to gather nature’s elements; they used them to marry one another.

And once married, they just kept on communing with nature.  Because what is life, if not an adventure? 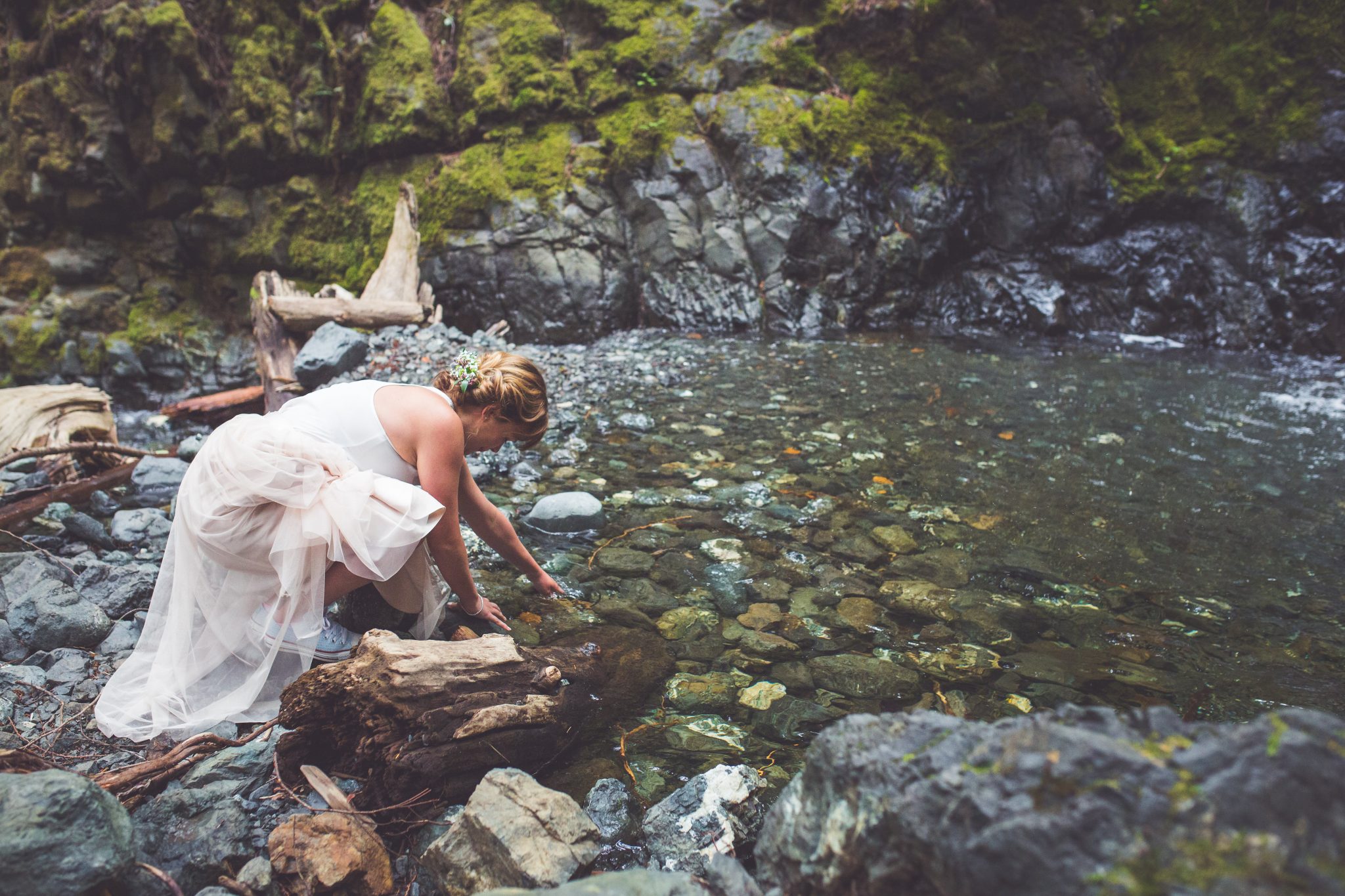 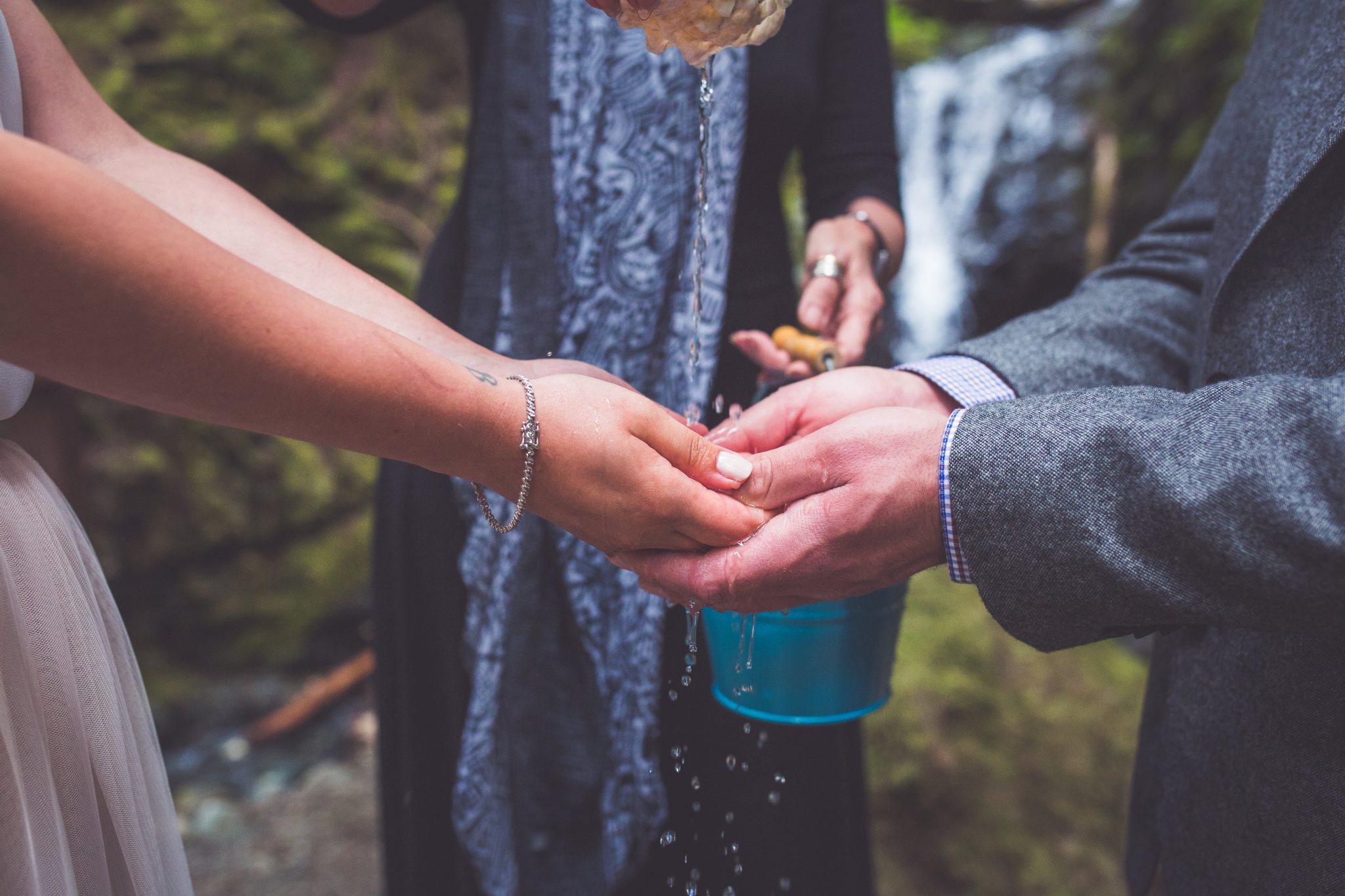 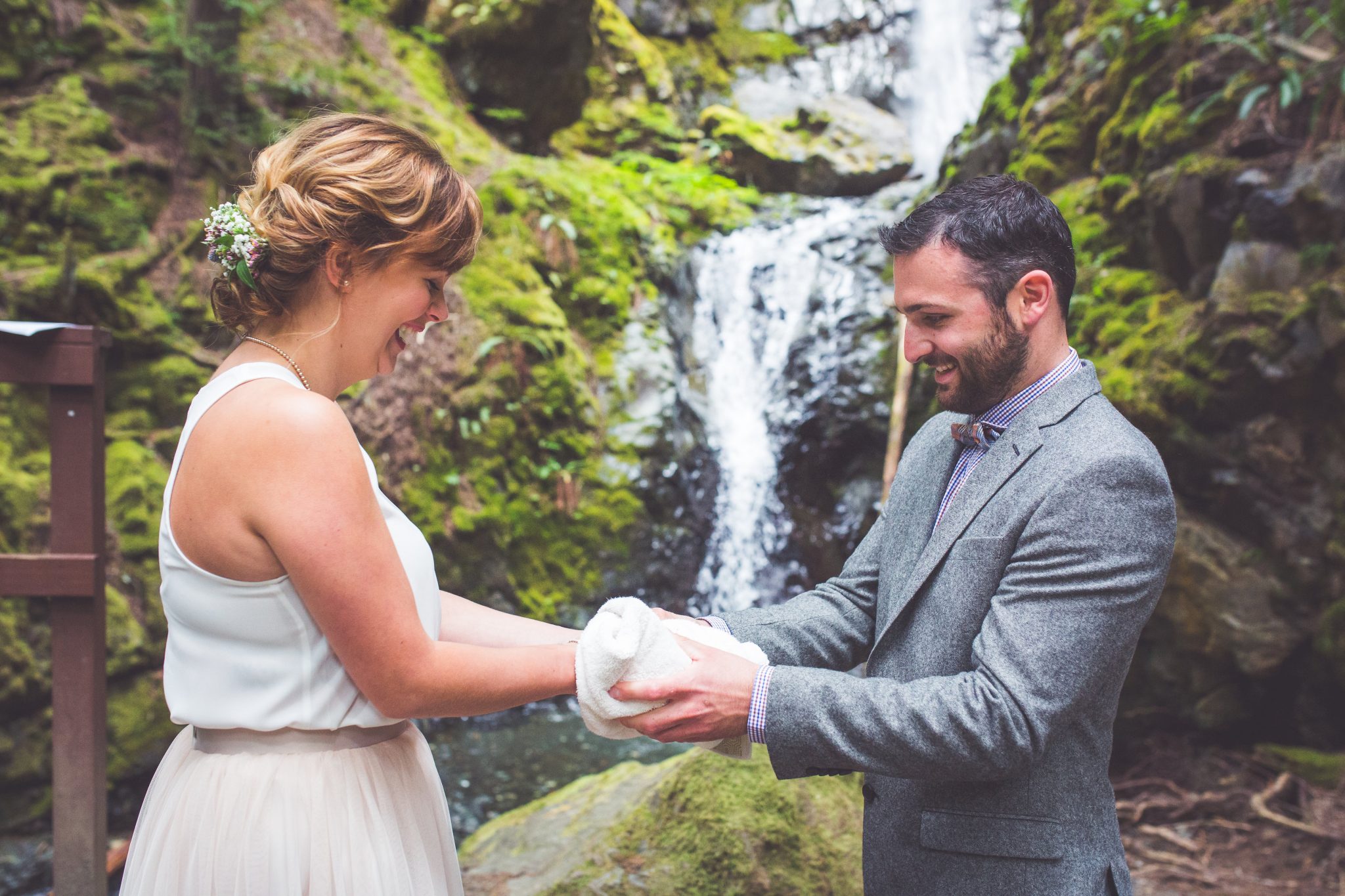 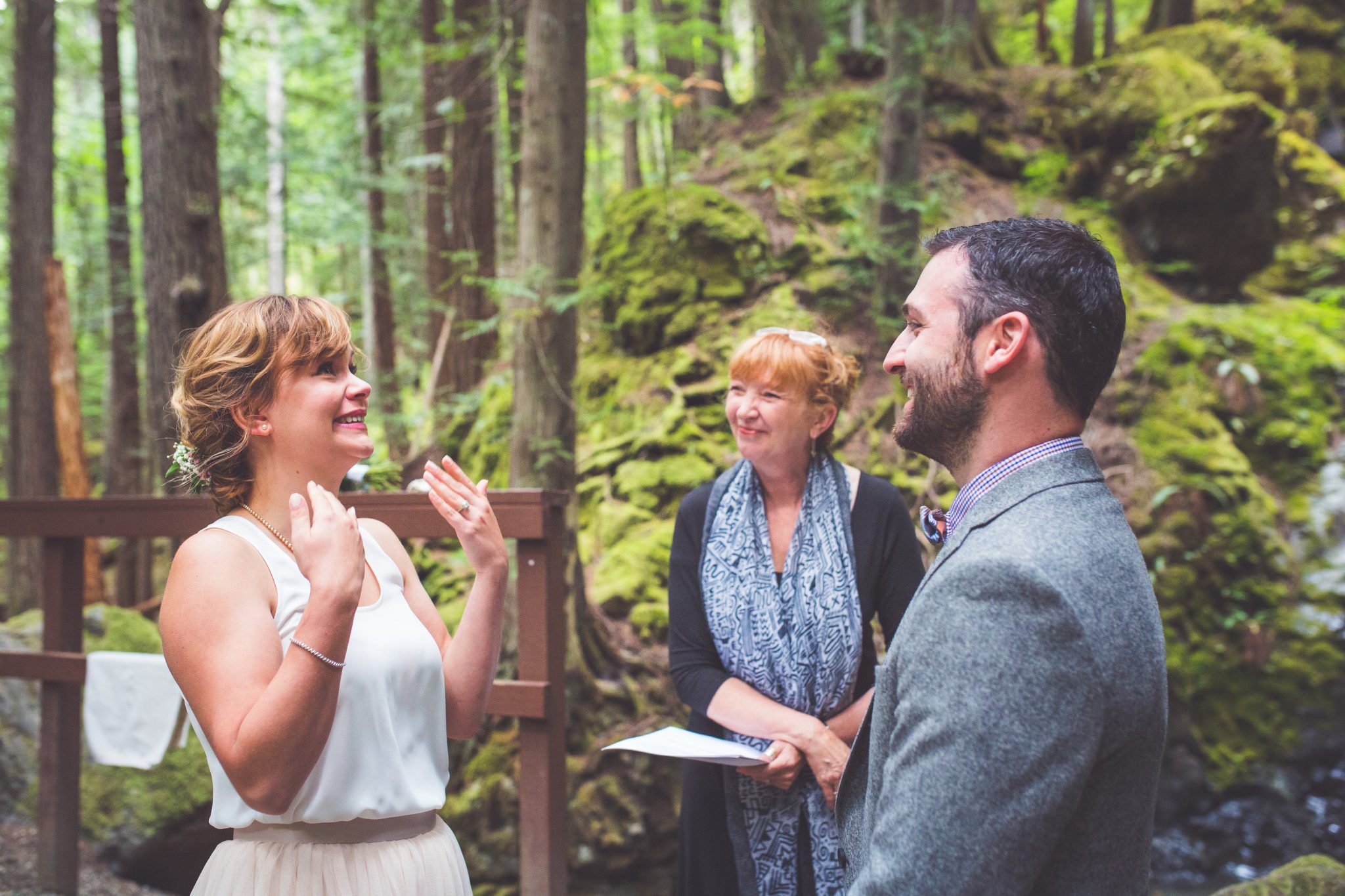 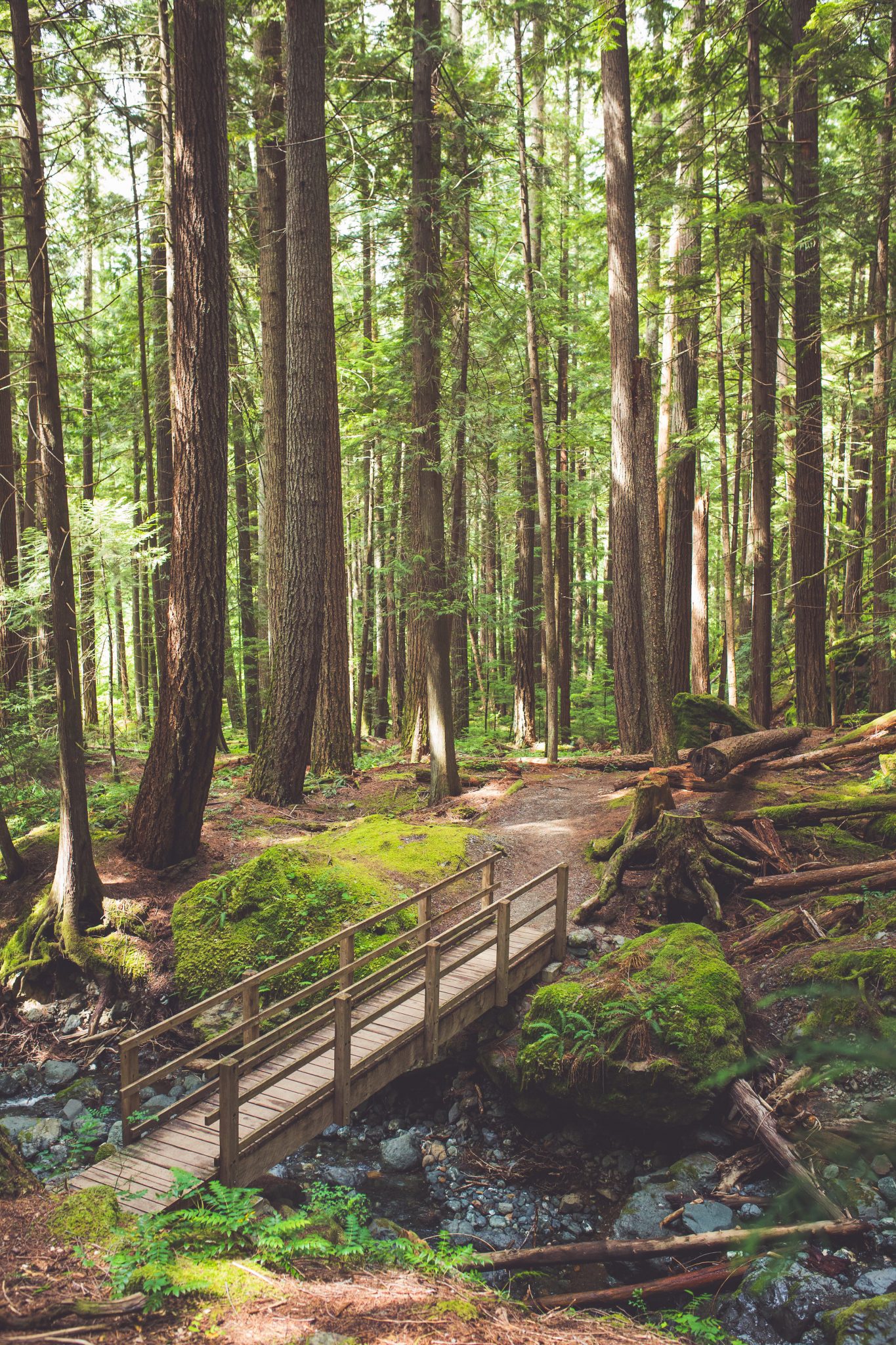 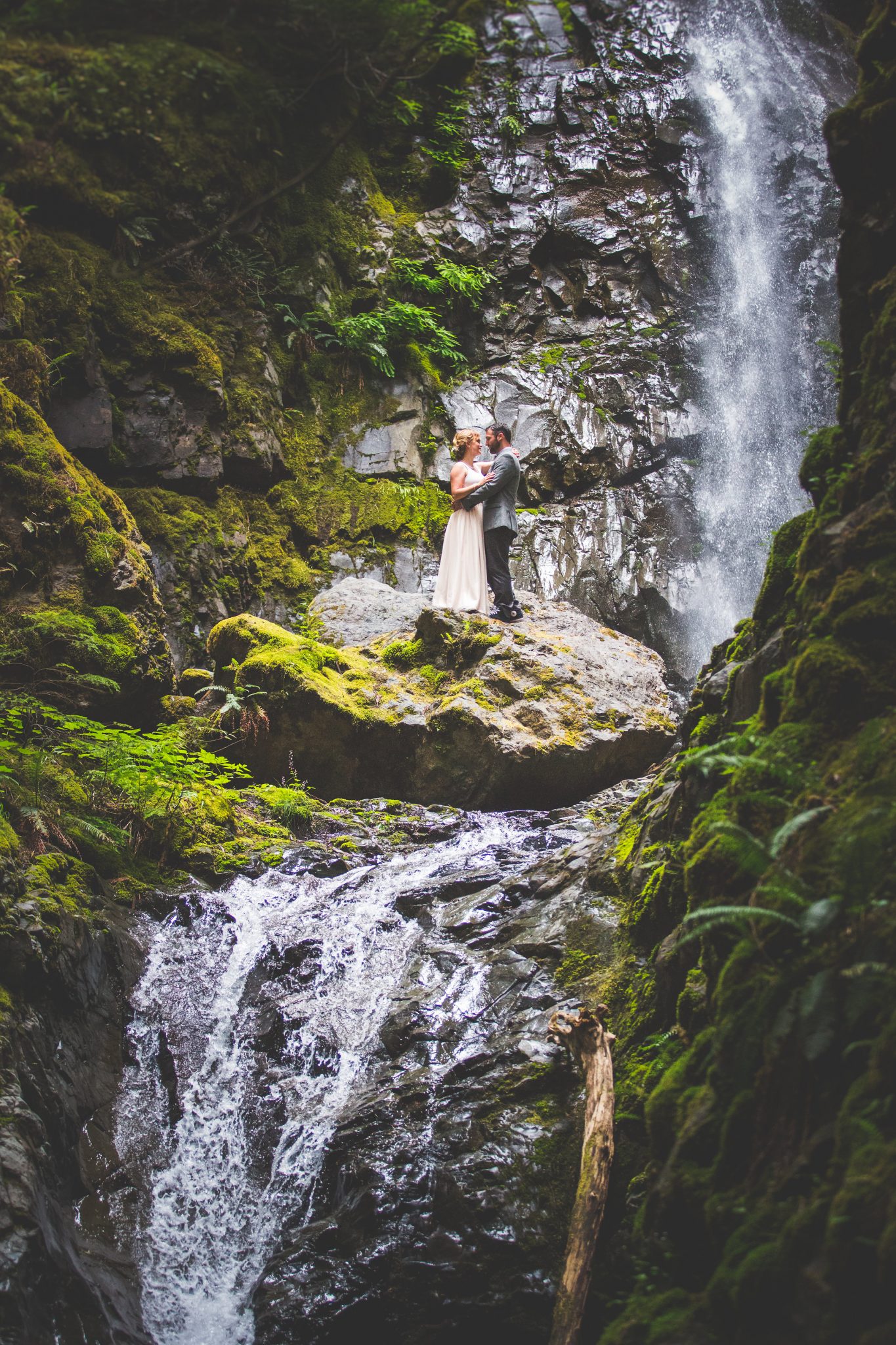 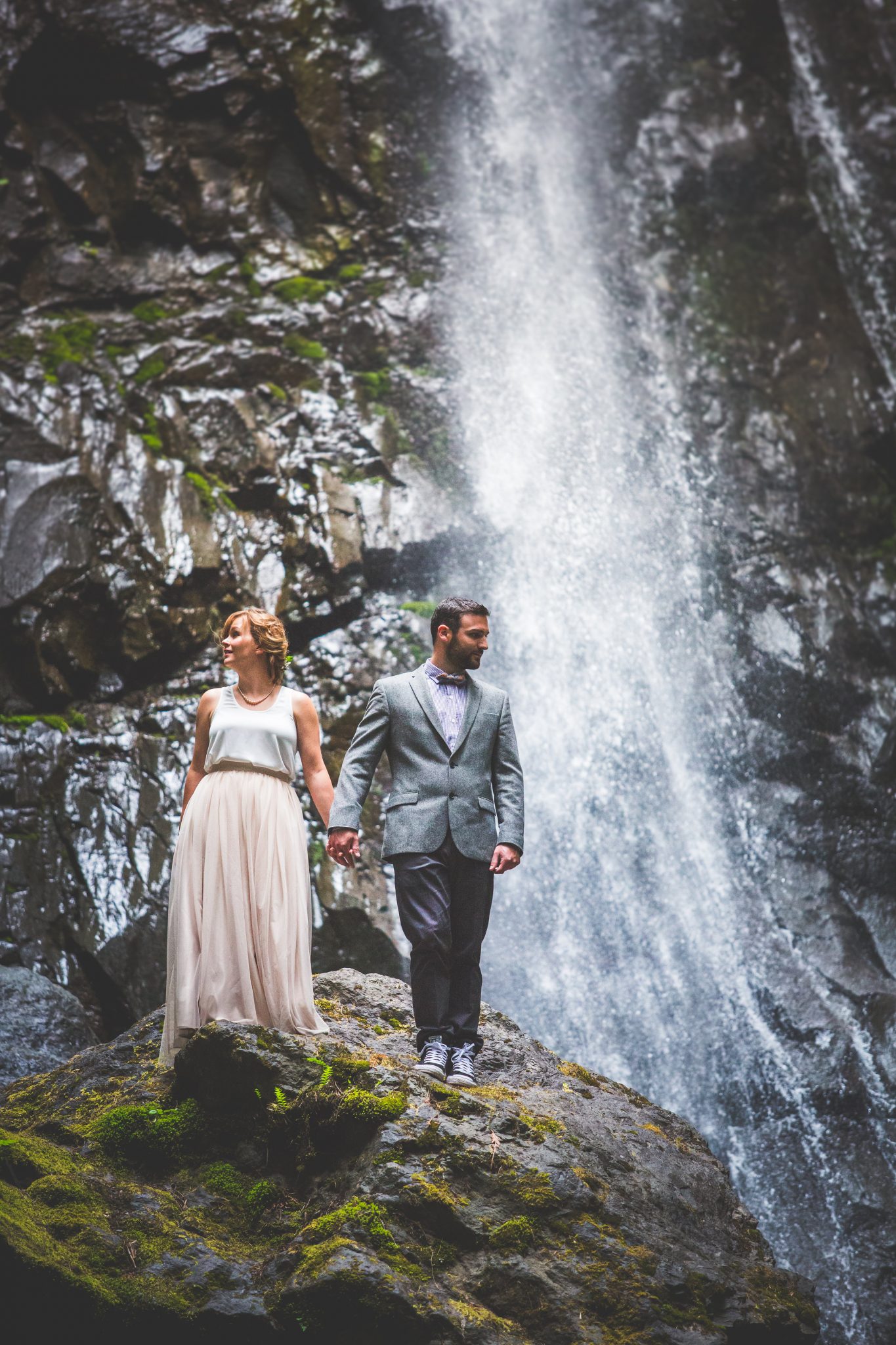 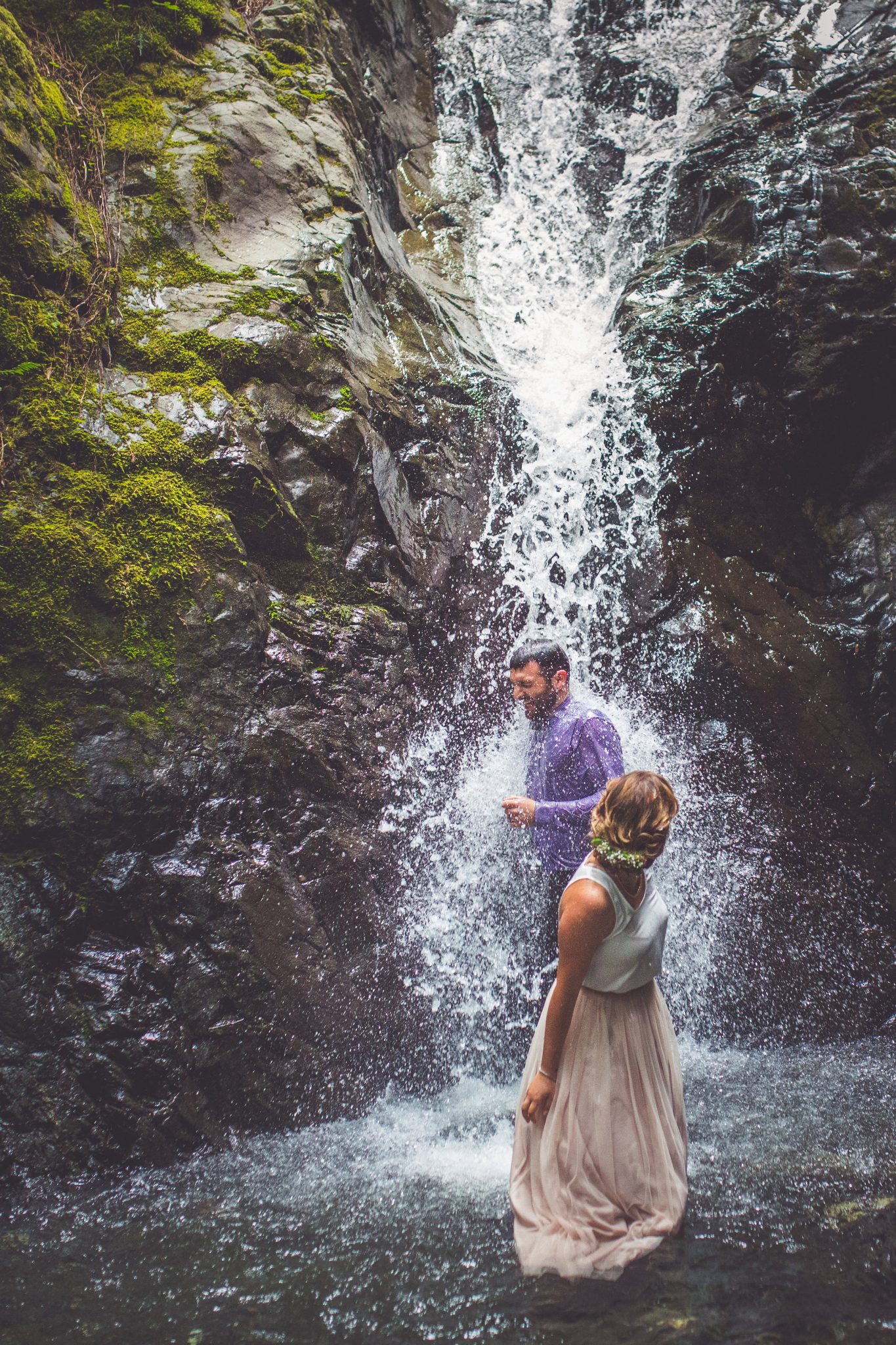 Chelsea Dawn Photography, your sense of fun and magical talent captured B&D’s awesome adventure elopement so superbly. Thanks for sharing these images.